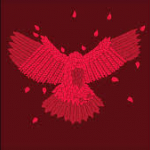 Hi and welcome to my profile! I am a longtime user for the wiki and suddenly became a contributor when I saw Yaujj75 fixing everything. So I want to also throw in the towel and help with everything I got. I may be have little experienced as an editor but that doesn't stop me from actually trying to fix the wiki.

History with Brothers in Arms Edit

I actually first started playing Brothers in Arms in 2013 when I got my hand on Hell's Highway for the Xbox 360. After playing the campaign, I immediately fell in love with it. I watched playthroughs, listen to soundtracks and eventually joined the Gearbox Forum in 2015.

Months later, I found Road to Hill 30 in a thrift store and bought an original Xbox for it. This made me become an even bigger fan for the series. I never played Earned in Blood until 2018 on Steam since I couldn't find a copy for the Xbox. So now, I'm just following the news and wait for the final game to come out.

I am also a writer and has been considering on leaving stories of Road to Hill 30 and Earned in Blood alone. You can find it here.

If you have any questions or thoughts, post on my message wall and I would be glad to help.

Update: I won't be actively working here as much since I am currently focusing on real life issues. But that doesn't mean you won't ask me any questions since I do regularly check the fandom to make sure it's not vandalize.

My Other Wiki: Edit

Retrieved from "https://brothersinarms.fandom.com/wiki/User:BlazingAngel44?oldid=24183"
Community content is available under CC-BY-SA unless otherwise noted.