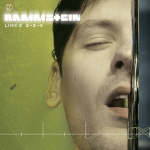 History with Brothers in Arms and its Wiki Edit

The first time I ever heard of it was while I watched a YouTube review of medal of Honor airborne, when the youtuber who made it said "however, the Shooting is still better than in the first two Brothers in arms games where I found it hard to hit anything at any range" a few months later, in feburary 2018, i read the Wikipedia article and watched some letsplays on YouTube and noticed the similarities to band of Brothers, which is still one of my favourite Shows of all time. So I decided to buy rth30 for PC and i liked it a lot. one month later i bought eib. another three months later I bought hh.

Retrieved from "https://brothersinarms.fandom.com/wiki/User:D7101?oldid=24446"
Community content is available under CC-BY-SA unless otherwise noted.